The existence of Madrasah and LP Ma'arif NU inspired the birth of other Islamic educational institutions such as the Integrated Islamic School (SIT), but these educational institutions did not apply good religious understanding. The curriculum applied at the SIT institute even though it adopts the Madrasah and LP Ma'arif NU system even though with various filters. As teaching materials that are characteristic in Madrasah and LP Ma'arif NU are imitated but are taken in parts of the chapter that are in accordance with the orientation of the relevant institutions. Along with the strengthening of the SIT institutions in the community, precisely among Madrasah and LP Ma'arif NU experienced the decline of the Yellow Book and Tahfiz Al-Qur'an which has always been a trend of education in Madrasah and the LP Ma'arif NU. The decline in quality is partly due to the hybridization of the state curriculum with the pesantren curriculum. But it tends to prioritize the target country with the pretext of equalizing a diploma. Yet if these two things (Mastery of the Yellow Book and Tahfiz Al-Qur'an) are still well guarded and based on the strengthening of Nahdliyah's Fikrah (Fikrah Nahdliyah) which includes manhaj and its characteristics, then generations will emerge that play an active role in improving the people (islah al-ummah) in addition to creating social tranquility (al-Sakinah al-Ijtima'iyyah). 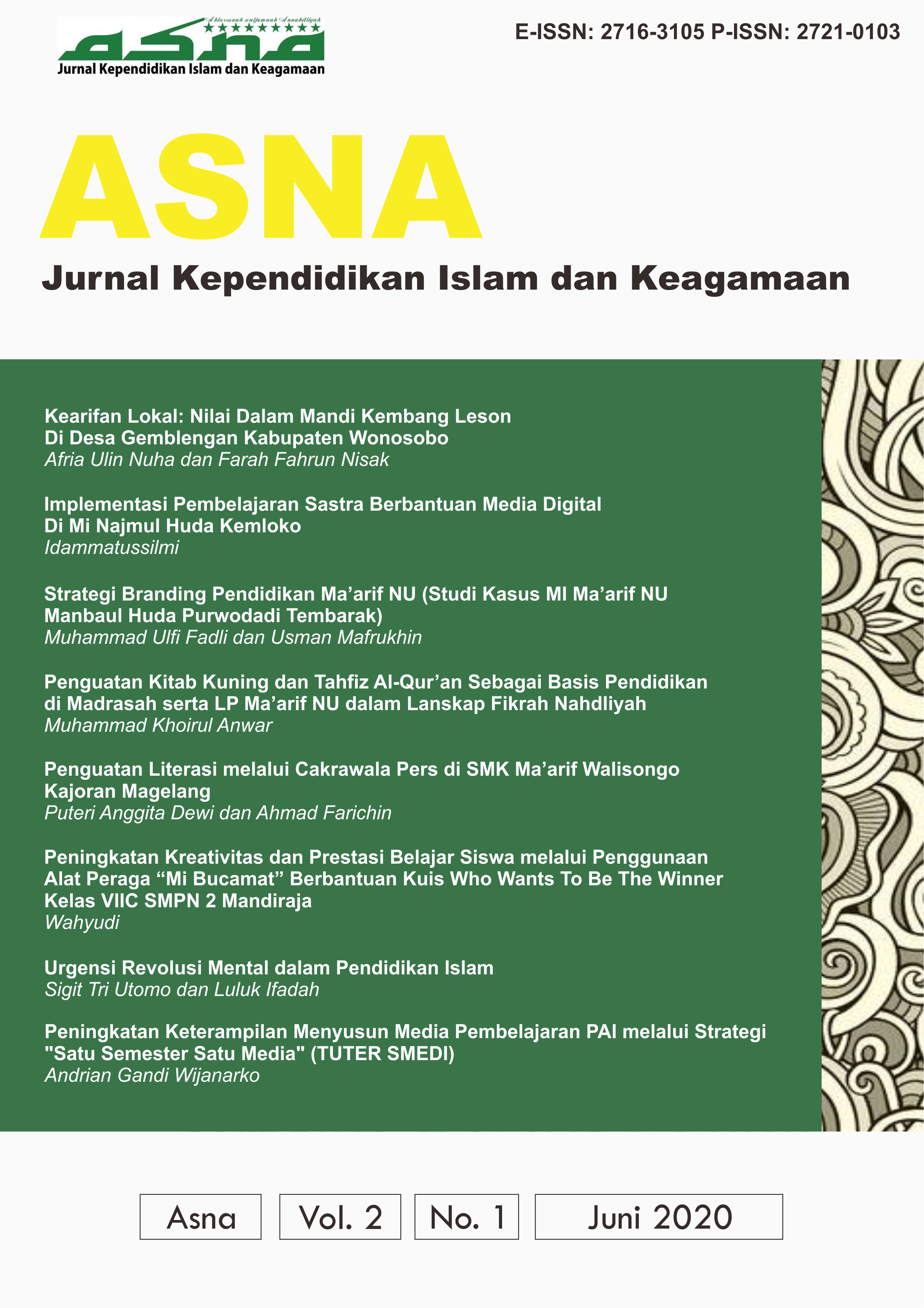